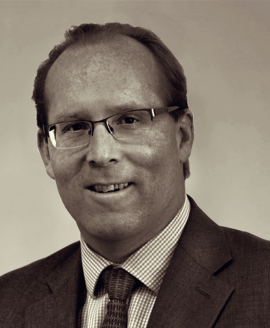 Mark began his career with Coopers & Lybrand where he qualified as a Chartered Accountant. In 1997, Mark joined Robert Fleming & Co. (now part of JPMorgan) as an investment banker where he was involved in the execution of a wide variety of transactions with an emphasis on public and private M&A and capital raising transactions in the UK mid-market.

Mark has an impressive track record in trade sales by way of competitive auction process and the execution of acquisition-led growth strategies. He has particular expertise in the laboratory testing, life science and outsourced research services sectors where he has acted on numerous buy side and sell side transactions. Mark’s clients have included private equity firms such as Albion Capital, Bridgepoint Development Capital, CBPE Capital, Inflexion and Maven Capital, global corporates such as Eurofins Scientific, LGC and Carclo plc and founder-owned businesses such as Crawford Scientific, CgMs, Melbourn Scientific, M-Scan and Simbec Research.

Mark graduated from Pembroke College, Cambridge University in 1992 with an MA degree in Economics.

Back to Our People

"The team of Strata advisors were highly professional, committed and gave us a competitive edge."